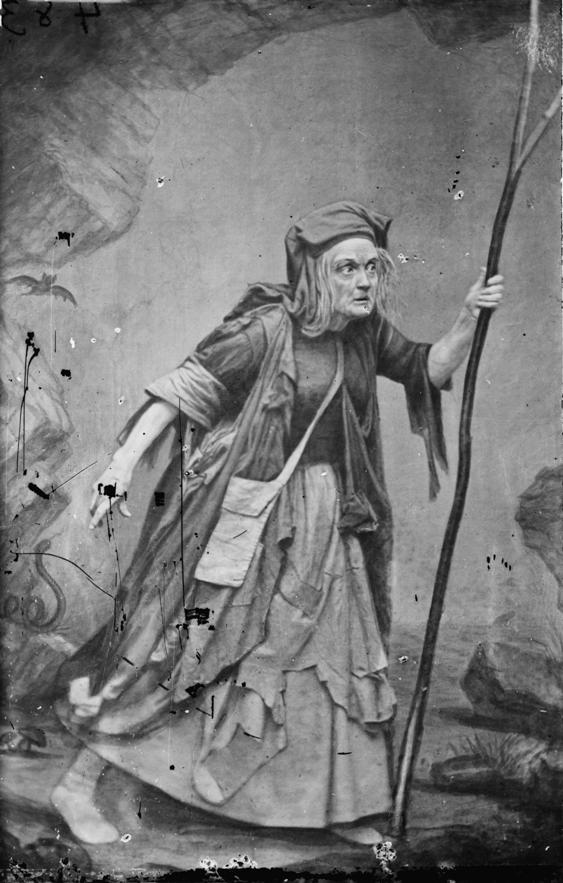 Text: 1854, February 11.— ‘Guy Mannering’ is very nicely produced at the HAYMARKET. The scenery is new, the grouping is effective, the cast is tolerably good, and there is one piece of acting in it of an excellent and very striking kind. Miss Cushman’s melodramatic Meg Merrilies has quite as indisputably the attributes of genius about it as any piece of poetry or tragedy could have. Such is her power over the intention and feeling of the part that the mere words of it become a secondary matter. It is the figure, the gait, the look, the gesture, the tone, by which she puts beauty and passion into language the most indifferent. The effect is not wholly agreeable. Nevertheless it is something to see what the unassisted resources of acting may achieve with the mere idea of a fine part, stripped of fine language, unclothed as it were in words. The human tenderness blending with that Eastern picturesqueness of gesture, the refined sentiment breaking out from beneath that heavy feebleness and clumsiness of rude old age, are wonderfully startling. Mr. Compton is a good Dominie Sampson, and Miss Harland looks and sings very pleasingly in Lucy Bertram. Mr. Howe is not enough of the ruffian in Dirk Hatteraick. He looks rather an honest fellow; and though he might have been as innocently fond of a garden of tulips as Scott makes his Dutch smuggler, he would not have plundered and murdered on all sides simply to get at that source of natural enjoyment.

Comments: Henry Morley (1822-1894) was a British academic and writer. He was Professor of English at University College London from 1865-1889. His Journal is a record of his attendance at most new production in the leading London theatres over a fifteen-year period. The journal he kept served as the basis for his dramatic reviews in The Examiner, which he edited 1859-1864. Charlotte Cushman (1816-1876) was one of the great figures of the nineteenth-century American stage. The role of Meg Merrilees in Daniel Terry‘s adaptation of Walter Scott’s novel Guy Mannering was one of her signature roles.